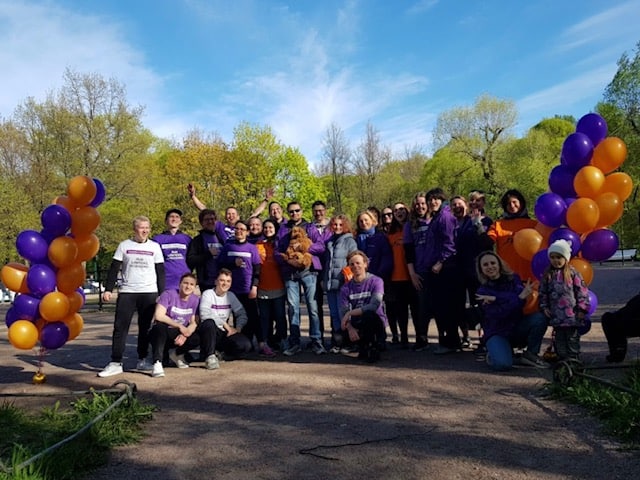 For 7 years in a row, Kachkin & Partners’ team has been actively involved in organizing and supporting the charity Legal Run for lawyers. This year the Run takes place in the format of legal teams’ flash mobs, and Kachkin & Partners was no exception — on May 20th we ran in the Tavricheskyi Garden. Not only employees, but also their kids and even pets participated in the race. All funds raised because of this flash mob were sent to the Podari Zhizn charity foundation.

Legal Run is the first international charity run, which since 2014 has brought together representatives of lawyers’ professional community from all over the world to support the beneficiaries of the Podari Zhizn Charitable Foundation and several regional foundations.

Russian and foreign law companies, bar associations, internal legal departments of companies, students and teachers of law faculties annually participate in the race in various cities of the world.

Between 2014 and 2021 more than 17,000 lawyers from 120 cities and 25 states participated in the races. Over the entire period of the project’s existence, more than 21 million rubles of donations have already been collected. These funds helped 80 seriously ill children from different regions of Russia and foreign countries to receive the necessary treatment.